How to Transfer Videos from iTunes to Google Nexus 7?


The original Google Nexus 7 completely changed people's mind about affordable tablets by offering some pretty high-end features at a very reasonable price. Now an improved new Nexus 7 comes out with the same name. There's no surprise that the new Nexus 7 has a better spec sheet than its predecessor. But how much better is it than last year's model? Those answers await after the jump, where we break down the specs and spell out what's different between the original and new Nexus 7. 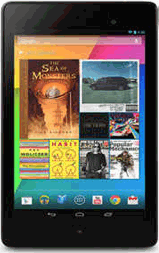 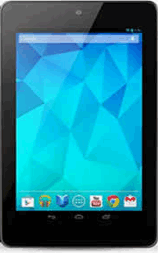 The 2013 model features a more luxurious design, a more powerful processor, and doubles the memory of the 2012 model. But the 2012 Nexus 7 is still a very good device in its own right and it meets all the requirements for most tablet users. For this reason, while the 2013 Nexus 7 is a better device, early adopters who bought the 2012 model should consider whether they really need the added power before upgrading.


No matter you are using the 2012 model or 2013 model, when you transfer videos from iTunes to Google Nexus 7, you may find that those purchased or rented video files can not be played. This is because Apple imposes DRM protection upon iTunes M4V files to forbid those media files to be played on non-Apple devices. In order to transfer videos from iTunes Google Nexus 7, you have to remove DRM and convert iTunes M4V to Nexus supported formats.

iTunes to Nexus 7 Converter is a professional DRM removal tool to help you tranfer DRM M4V to Google Nexus. It has predefined the output profile for Nexus 7 so that you can make the conversion within few clicks. Meanwhile, it also allows you to customize output settings for the output videos when choosing other Nexus supported formats like MP4, WMV, etc.


After installation, please launch iTunes to Nexus 7 Converter, click "Add" button to add iTunes purchased or rented M4V videos to the program. You can also drag *.m4v files to the list directly from your disc or other location.


Please click "Profile Setting" button and choose "Google Nexus 7 Tablet" as output format. You can also select "Customized MP4/WMV Video" to customize parameter settings such as video bitrate, framerate, etc. as you like.


After the adding and setting work have been done, please click "Convert" button to remove DRM protection and convert iTunes M4V videos to Nexus 7 supported formats in high speed and great quality.


Once the process completes, you can just copy and put the DRM-free videos on your Nexus 7 and enjoy the converted movies with ease.