How to Sync iTunes Videos to Google Nexus 6 ?


As usual, Google Nexus 6 is also manufactured by other companies (How about Nexus 5?). However, this time it is Motorola that takes this job, which makes the new phone of Google a Motorola X at large. But this will not damage people's interest in Nexus 6 because it is far from similar to Motorola X for its unique and excellent features.

All the features including big screen, high resolution and long lasting battery makes Nexus 6 a perfect device for enjoying videos. Since watching videos on mobile devices has become popular among modern people who have a busy life and do not want to stick to computer or TV for watching videos, obviously. Nexus 6 will be well welcomed among those who intend to buy a new phone.

Tips: Nexus 6 supports playing videos of common formats like AVI, MKV, and MP4, not including protected M4V videos from iTunes. If you want to sync iTunes M4V videos to Nexus 6 for playback, read the below tutorial. 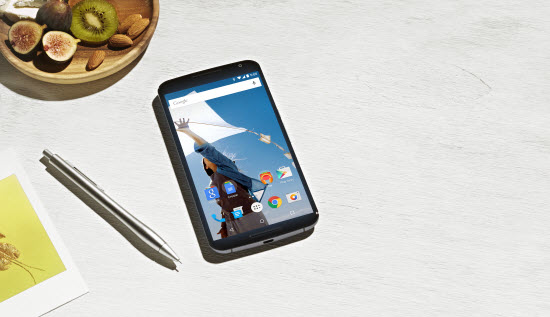 Tutorial: How to Sync iTunes Videos to Nexus 6?

1) Why cannot iTunes M4V videos be synced to Nexus 6 for playback ?


Because iTunes M4V videos are protected by FairPlay DRM of Apple which prevents them from being synced to non-Apple devices for playing. You can only transfer iTunes videos to iOS devices for watching if you do nothing to them.

Only DRM on iTunes M4V videos has been removed can they be synced and played on Nexus 6. Therefore, we need to remove DRM from iTunes videos and convert them to unprotected videos of common formats, like MP4, AVI and MKV supported by Nexus 6.

In order to remove DRM from iTunes videos, a DRM Removal Tool is needed. AVS4Mac M4V Converter Plus is a good DRM Remover specializing in removing DRM from both iTunes purchased and rented videos while keeping original quality. You can convert iTunes videos with AVS4Mac to MP4, AVI, MOV, FLV, MPEG, etc. Besides, there are many devices such as iOS devices, Samsung phones/tablets in its output profile for you to choose from.

3) How to remove DRM from iTunes videos with AVS4Mac ?

Step 1: Download and install AVS4Mac according to your operating system.

Click the Add button on the upper left of AVS4Mac and then choose M4V videos from iTunes Library and click "OK" to add then to AVS4Mac Interface. Batch conversion is allowed. 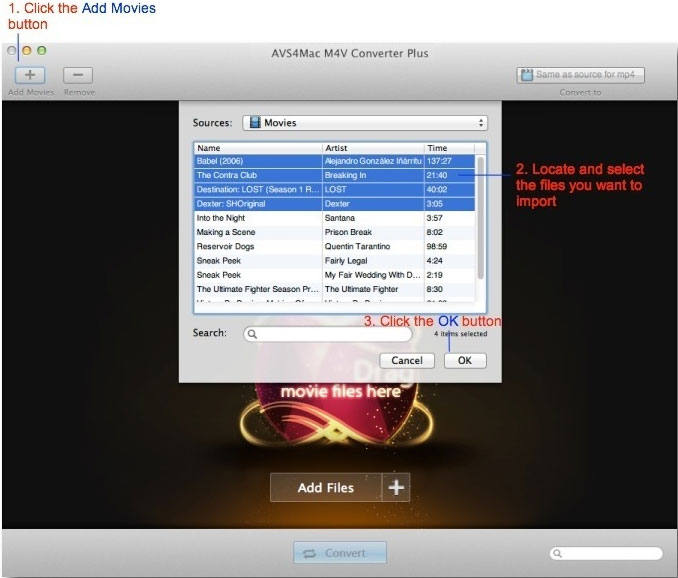 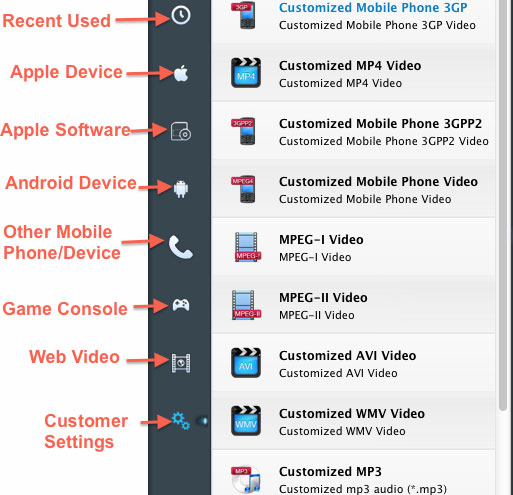 
Click "Convert" button on the interface to start removing DRM from iTunes videos and convert them to unprotected format. The loaded videos will be converted one by one. After all are finished, sync the output videos to Nexus 6 for playback via USB.

* How to Play iTunes Movies on Google Nexus 5 ?